With five Mercury Racing Verado 400R outboards hung on the transom, the new 450 Sport CC from Nor-Tech Hi-Performance Boats arguably stole the show in Miami. The 45’ center console arrived at the show on Thursday afternoon and was in and out of the docks nonstop for the next four days giving demo rides.

Despite the fact that the boat was missing a few interior components and the T-Top, none of the passengers on the test rides seemed to mind. The Fort Myers-based manufacturer reportedly had nine orders for the new model after the show. Also on display in the Nor-Tech booth was the company’s first 100-mph center console. 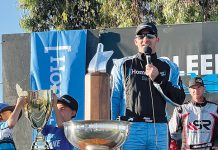 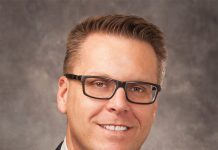 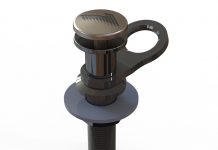