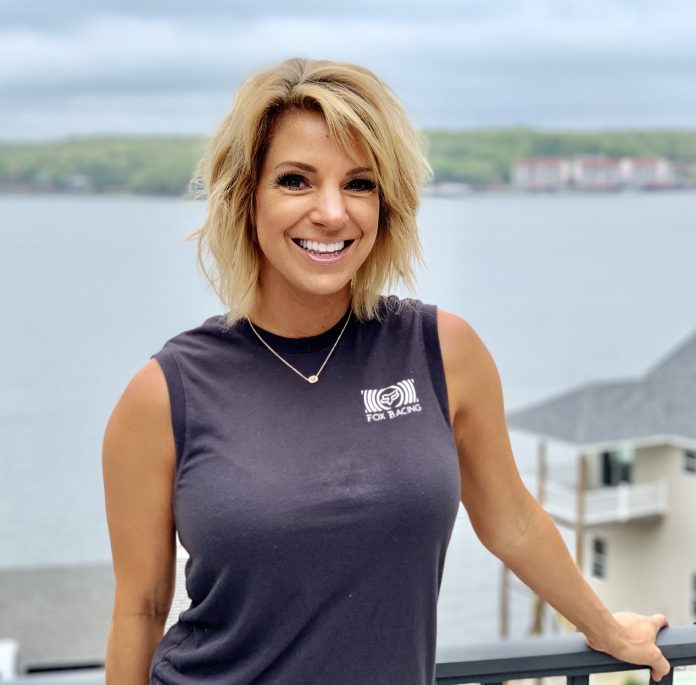 Ambassador for Missouri’s Lake of the Ozarks

Anyone who has been performance boating in Lake of the Ozarks has probably met Nikki Sorenson. Outgoing and energetic, Sorenson is a fixture at high-profile events on the Missouri lake including Lake Race and Lake of the Ozarks Shootout.

Her profile has been raised further as she stepped in as event sponsorship director for Performance Boat Center presents Lake Race, the June 1 powerboat offshore race on Lake of the Ozarks.

“I call her the hostess of the lake because she makes everybody feel so welcome,” said Susan Laudwig, Sorenson’s friend. “She’s the first person I call when I have friends from out of town visiting and she’ll make them feel like a million dollars and is always a great hostess, entertainer.”

Sorenson and the organizers at the Lake Race turned on the hospitality when more than 60 offshore race teams plus thousands of fans converged on the lake for the event. It was the seventh year for the race, which was sanctioned by the Offshore Powerboat Association (OPA) and American Power Boat Association.

“I would love to make Lake Race a yearly highlight (for racers and fans),” said Sorenson, who lives in Osage Beach. “I want Lake Race to be the one that if people have to pick and choose, they make sure they come to my backyard to visit for that event.”

Organizers are making some changes to this year’s race, moving it between the five- and nine-mile marker on the main channel, a course that was used more than a decade ago for offshore races. Last year the race was held between Bagnell Dam and the four-mile mark.

The Lake Race is one of the larger fundraisers for charities on Lake of the Ozarks. It’s one of the reasons that Sorenson got involved.

“All of our friends are boaters, so it is something obviously where my passion is and you always want to kind of know what goes on behind the scenes,” she said. “I’ve been around it, but you don’t necessarily get involved in this level and it gave me a chance to put not just a toe in the water but jump right in and run with it.”

Finding sponsors for special events can be challenging but Sorenson is turning to the contacts she’s made on Lake of the Ozarks including good friend Brett Manire, owner of Performance Boat Center in Osage Beach.

“She’s coming on board to help the event bring in more sponsorship money and to promote companies around the lake. The end result is to bring in more money into the charities.”

Sorenson moved to Osage Beach about 15 years ago from St. Louis after working as a service advisor for Toyota. When she arrived at the lake, Sorenson saw a niche and opened Elite Errands Concierge to cater to owners with second homes on Lake of the Ozarks.

“We would come to the lake and for the weekend and people would be like, ‘Hey, while you’re there can you check on this? Or can you go by and look at my house?’” Sorenson said. “I’m thinking there is a service needed, so to get out of the car business and move to where your weekend happy place is kind of scary.”

Sorenson’s business will handle tasks from shopping, getting a home ready for the weekend and making sure the boat is ready for a weekend of fun.

“I make their lake time here truly their time. That way they don’t have to worry about getting everything ready,” she said. “I’ve been fortunate enough to work for the elite where my clients all of them fly in and I just make sure everything is as they wish when they arrive and they’re generally happy.”

Sorenson said her business is different than a traditional property management firm. “I would say I provide more of a personal touch and I know the family, I know the kids, I know the dog, it’s always just me,” she said. “It’s not a stranger coming in and out of their house.”

Growing up in St. Louis, Sorenson said her family wasn’t into boating but she would ride personal watercraft on the river. Then one day she got to ride in a speed boat. “You get a ride on your first fast boat and you get the bug,” she said.

Sorenson met her husband, Chuck, from boating in the Ozarks and the Midwest Boat Party six years ago and they got married in 2016. Chuck, who owns a construction company, was a transplant to the lake like Nikki. He moved to the area in 2012 from Omaha, Nebraska.

The couple owns a 38 Scarab and regularly boat Lake of the Ozarks starting when winter thaws. They’ll go bar hoping, visit pools on the lake and drop in at friend’s houses on the water.

“They boat every weekend. She gets out more than I do,” said Nikki’s friend Tracey Dymond, adding with a laugh, “She has zero children, I have three kids, so I’m pretty busy with my children.”

Chuck, 53, and Nikki, 43, will join clients as guests for poker runs in Florida, but she doesn’t sit back and enjoy the sights.

“She’s right up there with the guys tying up the boat, cleaning the boat, doing all the work that it takes,” Laudwig said. “She definitely earns her keep when people invite her to go on their boats. She’s not just sitting there looking pretty, she’s making sure that their boat has bumpers where they need to be. I think that’s pretty cool of her.”

For Nikki Sorenson, her heart is still in the Lake of the Ozarks despite the tempting weather that Florida offers. Listen to her talk about the lake, Sorenson sounds like she’s doing pro bono tourism work.

“I believe it’s the greatest recreational lake in the U.S. The amenities here are just unreal,” Sorenson said. “You can see marinas filled with high-performance boats that you only maybe see in a magazine. The diversity is amazing and it’s just kind of your one stop shop vacation spot whatever you’re into. Whether you want to get out and tear it up or if you want to lay back and relax and have a glass of wine and watch a beautiful sunset.”

Sorenson can’t wait for the Lake Race and the poker runs on the lake this summer.

“There’s nothing better than being on a boat when it takes off for a poker run,” she said. “I’ve always loved that adrenaline and I always loved being with the guys. It seems like they have the toys of mass destruction that some of the girls don’t care for.”