Big changes at Donzi Marine with marine industry veteran Craig Barrie returning to guide the brand and the company moving into a new production facility in Washington, N.C.

Donzi Marine is still part of Fred Ross’s Iconic Marine Group. The move to a new facility—nearby Caldwell Marine Designs—will allow Fountain Powerboats to expand its center-console production and get Donzi out of the shadow of its sibling brand.

“The clients and the dealers are excited, and I think all of us together have an opportunity to make Donzi what Donzi is,” Barrie said. “It’s still got a big following and a big brand name. It just needs a little oxygen.” 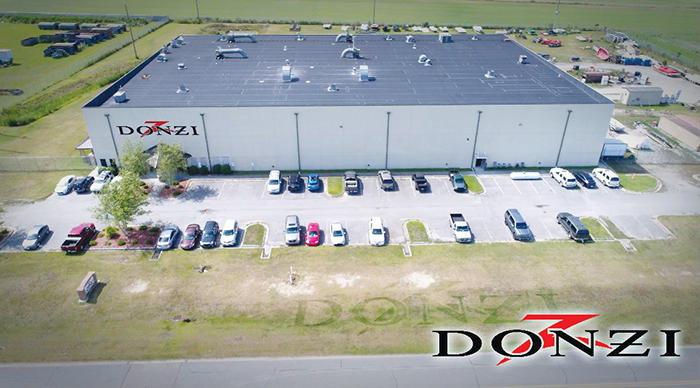 With a singular focus on the brand, Barrie plans to add new models to the Donzi lineup. Currently a new 38’ center console will be going to the Fort Lauderdale International Boat Show in October and two new models will make their debut at the Miami Boat Show in 2023. Barrie also anticipates launching a new 29- and 34-foot center-console models late next year.

Donzi’s 38 ZRC, a sit-down sportboat that made its debut in the early 2000s, will be getting a facelift, Barrie said. The company will continue to build the popular 22’ Classic.

The goal is to offer dealerships a mix of boats from center consoles to sport boats to sell consumers when they drive onto the lot. Since taking on the job in April, Barrie has been working to create a dealership network that is separate from Fountain and Baja brands. 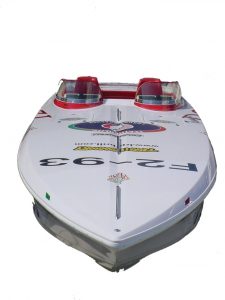 Caldwell Marine Designs has ties to Donzi Marine since the days the boatbuilder was in Sarasota, Fla. The company designed the running surface for the Donzi 38 ZRC and now Pete Caldwell will carry on the family legacy, working side-by-side with Barrie.

The 50,000-square-foot shop, which is about 15 minutes from the Fountain facility, will handle the production work for Donzi Marine. The relocation allows Donzi to set its own rigging guidelines and take on more custom projects.

“By having our own people, while they’re not making the same thing, they’re making the same type of product,” he said. “There’s not only a comfort level, but there’s a direction to make a very excellent product.”

Barrie is a marine industry veteran who in recent years has worked as a turnaround specialist and helping startup boatbuilders. Most recently he helped Statement Marine owner Nick Buis build the Florida-based boat company.

Previously, Barrie was the general manager for Cigarette Racing and he served as the CEO of Donzi Marine, taking over after American Marine Holdings’ bankruptcy more than a decade ago. Ross purchased the three brands—Donzi, Fountain and Baja—out of bankruptcy in 2016 and added it to the Iconic Marine Group portfolio.

While Ross has found renewed success with the Fountain brand, both Donzi and Baja haven’t had the same rebound. It’s why Barrie has been brought in to steer the Donzi brand.

“I think that Mr. Fred Ross wants to awaken the giant,” Barrie said. “I’m not speaking for him but he wants all three (brands) to be successful individually and he’s willing to make that happen.”