LIQUI MOLY has announced its sponsorship with SV Offshore for the remainder of the 2020 SuperCat Powerboat race season as well as for next year’s season. A globally renowned manufacturer of quality lubricants, motor oils, additives, vehicle care products, chemical repair tools, service products, glues, and sealants, LIQUI MOLY will utilize SV Offshore to promote their marine products in real-time race conditions. LIQUI MOLY USA – Canada is a subsidiary of LIQUI MOLY GmbH, a global motor oil and additive company based in Germany and selling products in more than 150 countries. In the United States, LIQUI MOLY supports both Turner Motorspots in the IMSA WeatherTech SportsCar Championship and the MotoAmerica motorcycle racing series. The brand also partners with top teams in Formula 1, World SuperBike, and MotoGP on the international level. 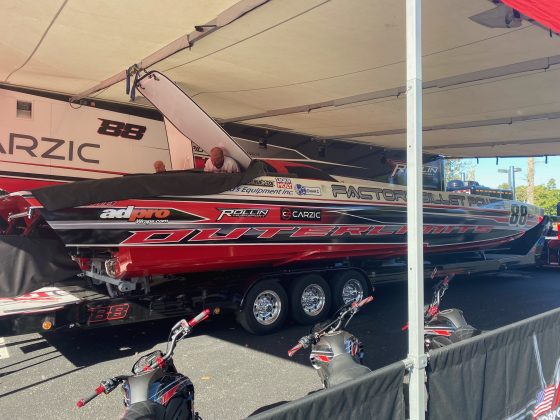 “SuperCat is a cool series and the professional approach of SV Offshore impressed us. Thanks to our cooperation we will increase the awareness of our marine product line and show people that we can do more than just two and four wheels,” said Sebastian Zelger, CEO LIQUI MOLY USA and Canada.

SV Offshore is a professional powerboat racing team competing in the P1 offshore SuperCat series with the factory Outerlimits powerboat manufacturer. The team was founded during the winter of 2019 by Vinnie Diorio of Richfield, Wisconsin, and Simon Prevost of Mirabel, Québec, Canada. They are also, respectively, the throttleman and driver.

“We are very excited to be partnering with LIQUI MOLY, we have been working hard to build our relationship specifically with LIQUI MOLY because we know they have the best oils and lubricants available. We are looking forward to our future with them,” said Prevost.

“When the opportunity arose to partner with LIQUI MOLY it took a worry out of our equation. Knowing their products are utilized by some of the best teams in professional racing and being put through extreme scenarios; we knew they would be a great fit for our offshore powerboat program,” Dioro, for his part, said.