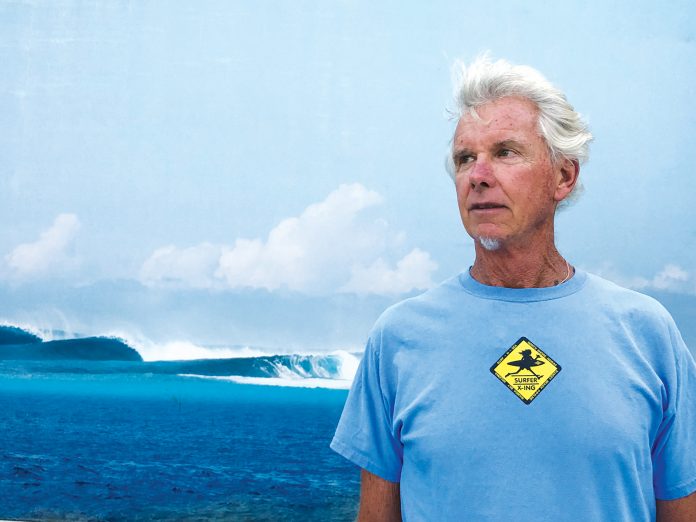 Bill Tweedie retired from MYCO Trailers a few months ago but he isn’t about to take his surfboard and ride off into the sunset.

Whether it’s taking phone calls from longtime customers or going to the boat shows to support the sales team, Tweedie can’t just walk away after spending 35 years helping to build the Florida company that revolutionized marine trailers.

“It’s kind of like my legacy from the beginning and I want to watch it,” Tweedie said. “I’m going to slowly move into the background.”

While handling sales and marketing for MYCO Trailers, Tweedie was the face of the company at poker runs, boat shows and offshore races. Tweedie will continue to consult but has turned over his daily job duties to Ronnie Moran and Jon Smilley.

Tweedie’s laidback style is a rarity in the high-performance marine industry full of Type-A personalities. He’s a throwback, using a flip-phone instead of a smartphone and prefers to call a customer rather than sending them an email.

This personal approach by Tweedie helped grow MYCO from a regional trailer manufacturer into a global supplier of trailers for recreational boaters and government customers. If it wasn’t for some sage advice from an uncle early in Tweedie’s career, he may have never ended up in the marine industry.

Born in Montreal, Canada, Tweedie moved to New Jersey at age 6 and grew up on the Jersey Shore. A couple years after graduating college, Tweedie moved to Florida and put his physical education and exercise physiology degree to use working at a prison as a recreational therapist, managing the athletic program for the inmates.

Tweedie was in heaven with Florida’s warm water and surf but his career was treading water. “My uncle always told me you really, really need to get into sales,” he said. “That Jersey guy (pushed) me in the right direction.”

Tweedie’s first sales job was selling toner and copy paper before going to work for Rule Industries as a sales representative in Florida. He would throw the surfboard in the car, catching an occasional wave between customer visits. After a couple of years working for Rule Industries, Tweedie interviewed for a position at MYCO Trailers but declined the job offer. He instead took a promotion with Rule Industries, moving back to New Jersey and setting up E&B Marine stores, which was expanding along the East Coast.

A few months of winter in the Northeast and Tweedie was ready to leave. “I said to my wife Debbie, ‘Do you mind if we go back to Florida?’ And she says, ‘Thank God.’

As luck would have it, Tweedie stepped off an elevator at the New York Boat Show and ran into MYCO Trailers owner Mike Albert, who Tweedie had interviewed with.

“Sure enough, I got off the elevator and he was literally just there amongst a thousand people,” Tweedie said. “It was like wow. He says, ‘You ready?’ and I said, ‘Yip.’”

The goal was to build MYCO Trailers into a global trailer manufacturer and Tweedie got on the road visiting dealers and manufacturers to set up a network. The company made inroads into the offshore racing circuit, building some of the first tilt trailers for Italian race teams that came to the United States to compete.

Tweedie attributes the company’s success to having mechanical engineer Don King, on staff. The company developed the first tilt trailers to go into saltwater, bow stops that are now common in the industry and pressurized rails to prevent water intrusion. MYCO was one of the first manufacturers to build aluminum trailers because of the lightweight, noncorroding material.

MYCO borrowed some ideas from the West Coast manufacturers, especially when it came to fit and finish. MYCO started doing custom body work, feathering in welds and painting trailers.

The company tested primers and paints off Tweedie’s dock in Venice, Florida, by hanging strips of metal in the saltwater for six to seven months.

The company uses an epoxy primer from DuPont and Imron paint on its painted trailers.

“When they would come to the East Coast, they basically had the thinnest coat of paint on them in those days,” he said. “It looked beautiful, it was great for the freshwater areas but you come over here, you dip it a couple of times in saltwater and over the months it just looked like cancer hit the whole trailer.”

Fred Kiekhaefer, the former head of Mercury Racing, said that MYCO raised the quality of marine trailers. Kiekhaefer said when he was growing Kiekhaefer Aeromarine, which was sold to the Brunswick Corp., Mercury Marine’s owner, he would cross paths with Tweedie, who would measure boat chines to make sure a trailer fit correctly.

“I wouldn’t say MYCO created the modern-day trailer, but they sure raised the bar for custom trailers popular with offshore performance boats,” Kiekhaefer said.

Although MYCO was sold twice while Tweedie worked there, he continued to remain at the forefront of the company. Tweedie helped lead the company through the luxury tax in the early 1990s, which put a 10 percent surcharge on boats more than $100,000. He also kept the company going during the Great Recession more than a decade ago, which saw MYCO’s sales plummet by 40 percent.

“The good news was that the military was still continuing on and even though the housing market and the recreational market went down the toilet, my commercial business, the military, was still strong,” he said, noting the company didn’t lay off employees during the downturn.

When the company held a retirement party for Tweedie earlier this year, he insisted it be held at the shop and not at a fancy restaurant. “I’m really proud to have, I guess, the respect of all my workers, my friends,” Tweedie said. “They’re not employees, they’re my friends at the shop and my partners.”

As Tweedie leaves the marine industry, he’s concerned for the industry’s future in finding younger workers. MYCO has had a help wanted sign in front the factory for several years, Tweedie said, but finding qualified workers has been difficult.

“If you look at the docks, it’s guys that are working are still in their 50s, 60s, 70s and you really don’t see a lot of young people coming into the industry, and that’s nerve-racking to all of us in this business, especially in manufacturing,” Tweedie said. “Welders, electricians, guys that are upholstery guys, whatever, where do you find these people? It’s getting harder and harder to find qualified workers. Every manufacturer says the same thing. It’s going to be very interesting in 10 years what’s going to happen with this industry. We just need to get bodies and we need to train people to take over.”

“I’m going to take my oldest one out and teach them how to surf this year,” Tweedie said. “We’re going to get a new board shaped for him. He’s going to be my surf buddy.”

In retirement, the 65-year-old Tweedie plans to remain involved in the surfing community, especially with the Florida Surf Museum, where he serves on the executive board. Each year the nonprofit organizes Surfing Santas that takes place on Christmas Eve. Last year more than 10,000 spectators watched 850 surfers on the water dressed up in Santa costumes.

But the greatest joy is the opportunity to spend more time with his grandchildren, ages 2 and 5, who live near Bill and Debbie.

“I’m going to take my oldest one out and teach them how to surf this year,” Tweedie said. “We’re going to get a new board shaped for him. He’s going to be my surf buddy.”