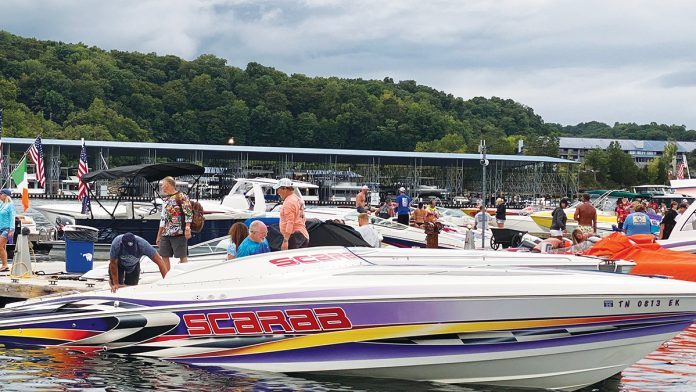 Boating on Lake Cumberland for the uninitiated can be an intimidating experience. The lake in Kentucky is 101 miles long with more than 1,250 miles of shoreline. Performance boaters can always find a friendly face at State Dock Marina in Jamestown, Ky.

The Lake Cumberland Poker Run is celebrating its 16th year and continues to be popular with the go-fast crowd. With concerts and DJs over the two days, the poker run is a draw beyond the boating community.

“(Lake Cumberland) really gives those powerboats good legroom, so to speak, to stretch their legs and really be able to run,” said Shanalda Burden, southwest regional marketing specialist for Suntex Marinas. “I also feel with that comes that sense of community. It is community for the boaters.

“It is a place for them to come together to show off their boats to talk about things, accessories, lighting, SeaDek flooring or what engine mods that they’ve made to these beautiful boats and also to spend some time together and enjoy the boating community and other people who are like minded.”

The format for the poker run on Lake Cumberland is different than a traditional run. Registration opened at noon on Friday and participants had until Saturday evening to visit at least five marinas on the lake to collect poker cards. Participants who visited  eight marinas received an additional card.

Typically, the poker runners will start at Lee’s Ford Marina and have lunch because it’s the furthest marina from State Dock. Other participants go to Harmon Creek Party Cove and raft off to enjoy the weekend after Labor Day.

Marinas host their own events to draw participants and work together to help the poker run go smoothly.

“Each group of people, depending on who they’re riding with or running with, can really create their own experience, and not necessarily have a certain schedule to follow,” Burden said.

The nightlife at State Dock Marina is a big draw for the poker run with music going late into the night on Friday and Saturday. Friday night featured a concert from country artist Lewis Brice and Charlotte Leigh on Saturday night. Each show was followed by a DJ afterparty.

Burden said they presold tickets online to the parties to limit the number of people on the docks, which was capped by the U.S. Army Corps of Engineers for safety. “I was overwhelmingly surprised at how well that went over,” she said.

With the largest number of registered boats since 2017 and increased sponsorships for this year’s Lake Cumberland Poker Run, credit goes to Burden who has taken a stepped-up role for events at the marina. Suntex Marinas acquired State Dock in 2016 and a year later purchased Wolf Creek Marina also on Lake Cumberland.

Suntex Marinas has been in a steady acquisition mode over the years to become the largest marina operator in the United States. The Texas-based company owns nearly 50 marinas in 14 states. Burden said the goal is to create a sense of community at each marina.

“We have a lot of brand-new boat owners, over 400,000 new boaters for the first time,” Burden said. “Part of keeping them in the industry is getting them plugged in with community and that’s kind of what poker runs are all about. It’s about community.” 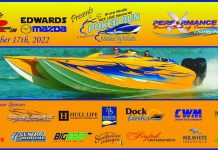