Robert Guessford was eating breakfast with his wife Shawn on Memorial Day Weekend 2017 before they were planning to head to Miami to buy their next boat. Then Guessford started looking at some other listings on his phone while waiting for the waitress to bring their food.

“I changed my mind that morning,” said Guessford. “I was looking at my phone and the guy who was listing the Spectre was online and I called him.” 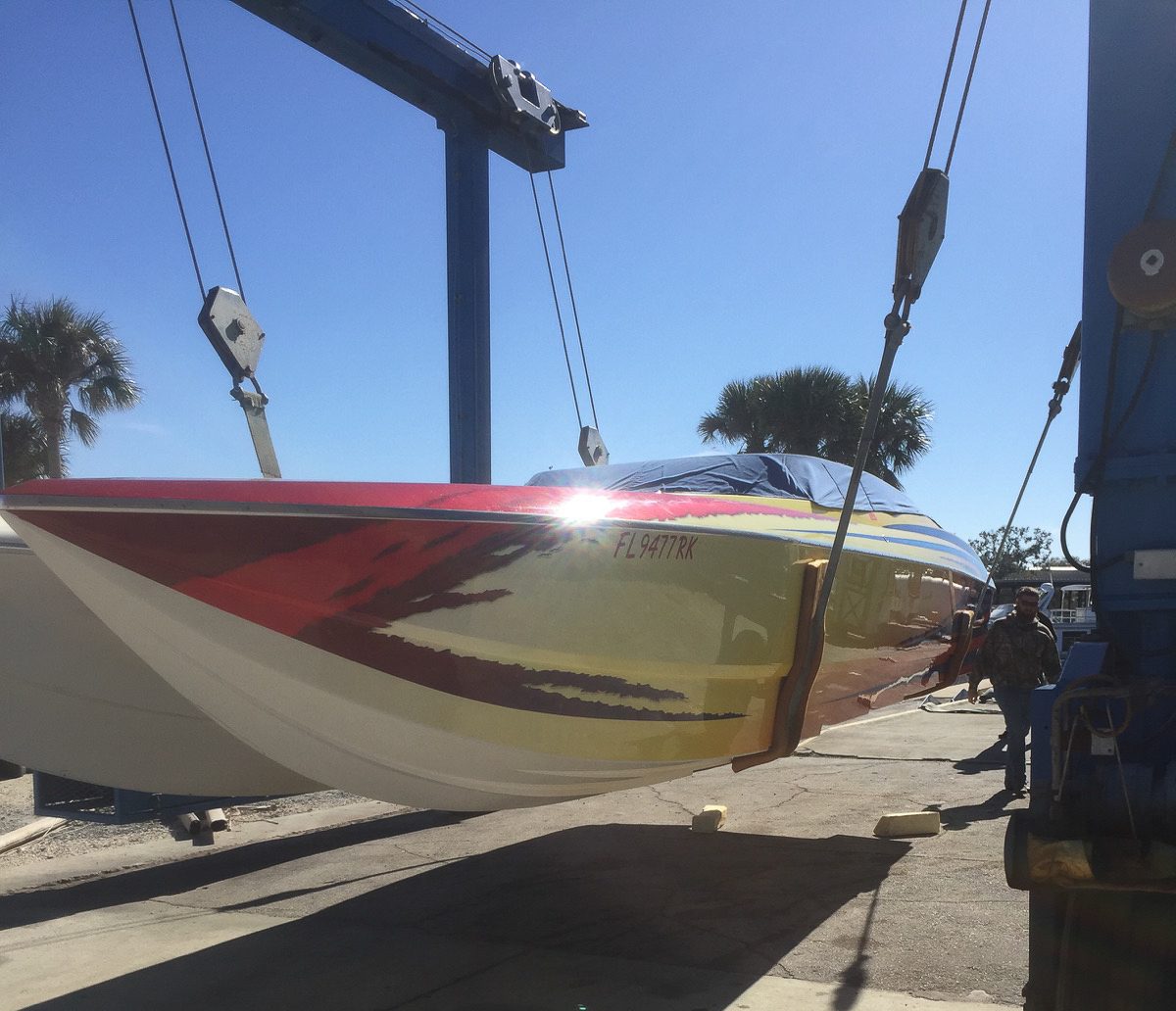 They used the boat for the summer, thoroughly enjoying the ride of the cat and the spacious cockpit. The Guessfords’ youngest daughter and her boyfriend are both sheriffs and they spend every other weekend on the boat.

Guessford has had the boat to speeds of about 110 mph, which he’s quite comfortable with. He grew up with outboard-powered fast river boats and used to compete in the Southern Drag Boat Association.

Prior to the Spectre, Guessford had owned a Velocity 280 V-bottom, but he prefers the higher cruising speeds that come with the catamaran. “I wanted a cat and I love the way they ride,” he explained.

Another thing Guessford loves about his boats is keeping them pristine. “I’ve always tried to go above and beyond to make my boat’s nice,” said Guessford. “That’s when it becomes my boat.”

Last December, he sent the Spectre to Kenny Hohwiesner at Let’s Talk Boats in central Florida to have him update it. Hohwiesner is the former general manager at Velocity Powerboats and he had overseen putting Guessford’s 280 in mint condition.

“I met Kenny at Velocity,” said Guessford. “I took my boat to Velocity to have an updated interior and the headliner had come down.” 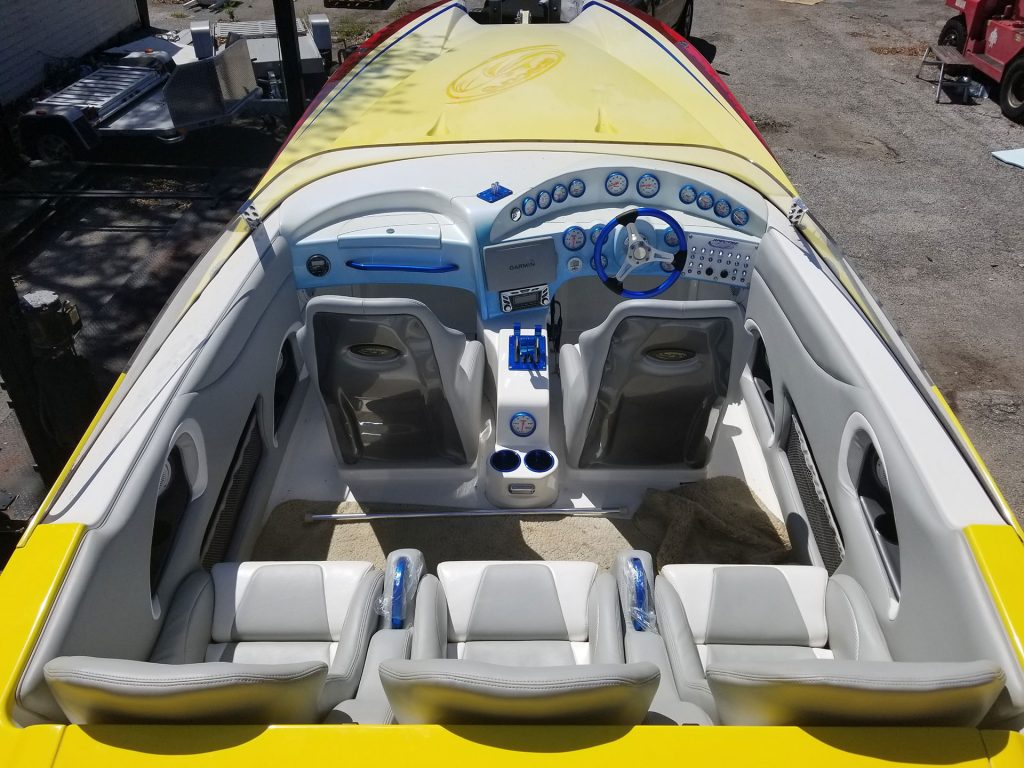 After the Velocity was restored, Guessford decided that was the time to get the most value out of the boat so he sold it.

He decided to take the Spectre to Let’s Talk Boats in December so the boat would be ready for this summer.

Hohwiesner went through everything on the boat, re-doing the motors, cleaning up the running surfaces on the sponsons and repairing and updating any imperfections in the paint. All the trim around the boat was re-done. 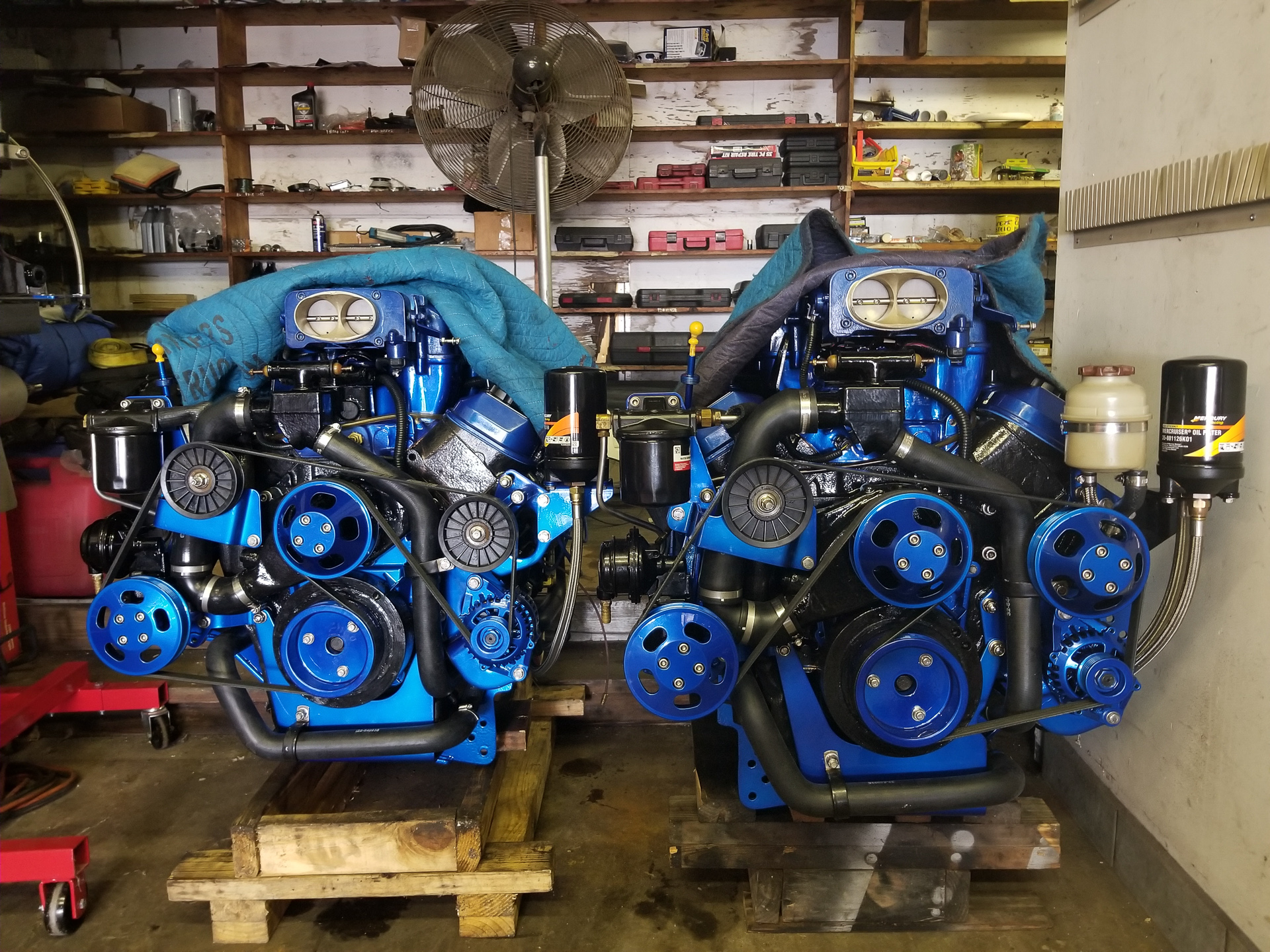 “Everything that had a bracket on it, I had it powder-coated,” said Guessford. “I had 14 brake-shoe boxes full of bolts.” He owns an auto-repair shop and has helped the Poker Runs America crew out of jams with its tow vehicles in the past.

On the interior, Hohwiesner turned to Brian Roberti, the former upholsterer at Velocity, who now has Roberti Upholstery & Canvas to update the Spectre and Guessford installed his own new Livorsi instruments.

“I’m just that way, I sat here at the table with my soldering gun and soldered all my wiring harnesses,” laughed Guessford. “I think we replaced every screw in the whole boat from the rubrail around the whole boat, all new screws and clamps in the boat. There’s nothing in the boat that was re-used.” 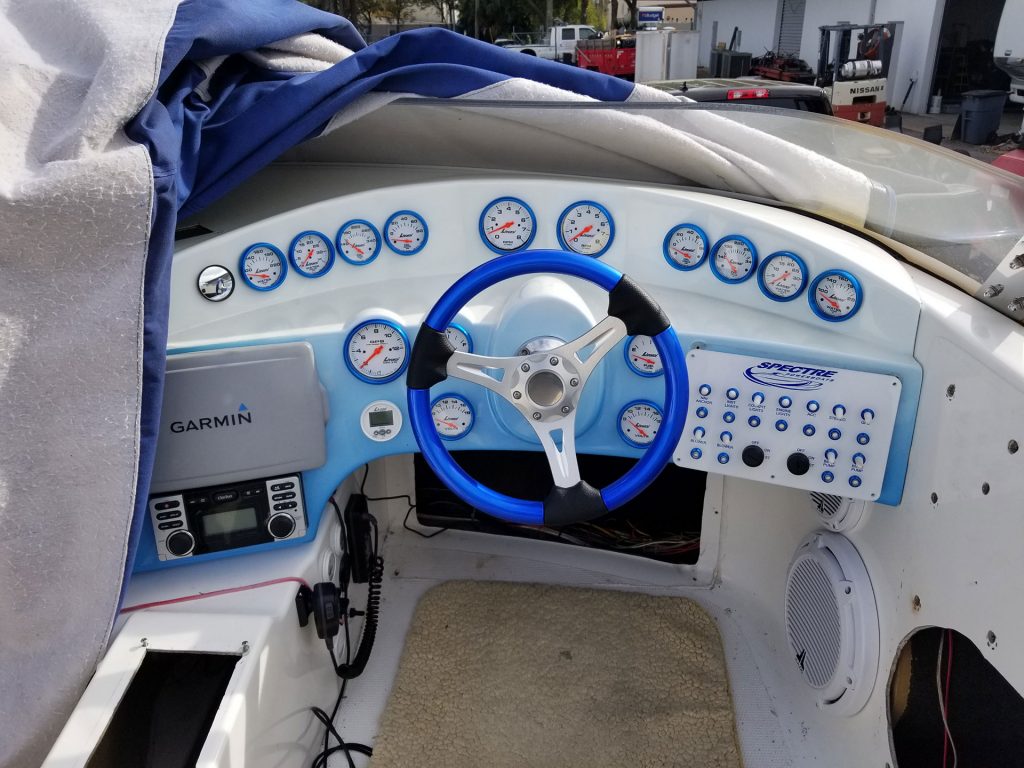 A friend of his has a laser-cutting machine so all the switch panels are the same design as the new logos. Blue LED lights in the cockpit, under the dash, and in the engine compartment light up the boat at night.

“I’m really pleased and my wife is too,” said Guessford. “She is happy with the way it turned out.”

Guessford grew up in Hagerstown, Md., and wants to check out the Rock the Bay poker run. Mostly, he stays close to home, heading out to local sandbars and hanging out with other boats. The Spectre rides on a triple-axle aluminum Evolution trailer that makes it easy to off-load and re-load.

He usually launches at Clearwater Beach and then they have their choice of where to go. They try to attend the Joey Gratton Memorial Run every year and did the Poker Runs America Cape Coral Poker Run last fall.