During my interview with Carol Price, the new president of Custom Marine Group, a request she made told me all I needed to know about how she plans to run the company. “For the photo on the cover can we use a picture of me with my management team?,” she asked. “I don’t want it to be all about me.”

She has been with the company that is now based in the former Fountain Powerboats factory in Washington, N.C., for 29 years. When she asked her vice president of marketing Clint Garant for a photo of her and Fountain Powerboats founder Reggie Fountain, he said they didn’t have any. There might be one.

“I was always trying to get him in front of the camera,” said Price. “It’s difficult for me to be in the limelight because that’s not who I am, but if that’s who I need to be to bring back a really good company that’s what I’ll do.”

For the 56-year-old Price, getting the people she had to lay off seven years ago back to work building some of the most famous names in performance boating is paramount. So is breathing life back into the factory where she has worked for most of her adult life.

She had been working directly for the previous company president who had come in when Pro-Line and Donzi’s manufacturing was moved to the facility in Washington, N.C., where Fountain and Baja models were also being built. In early May, a new ownership group made up of the Wortley and Ross families purchased the company that was known as Baja Marine, LLC.

The new entity is called Custom Marine Group. It will still be based at the manufacturing facility on the Pamlico River in Washington and each company still has its own website (www.fountainpowerboats.com, www.bajamarine.com, www.donzimarine.com and www.prolineboats.com). 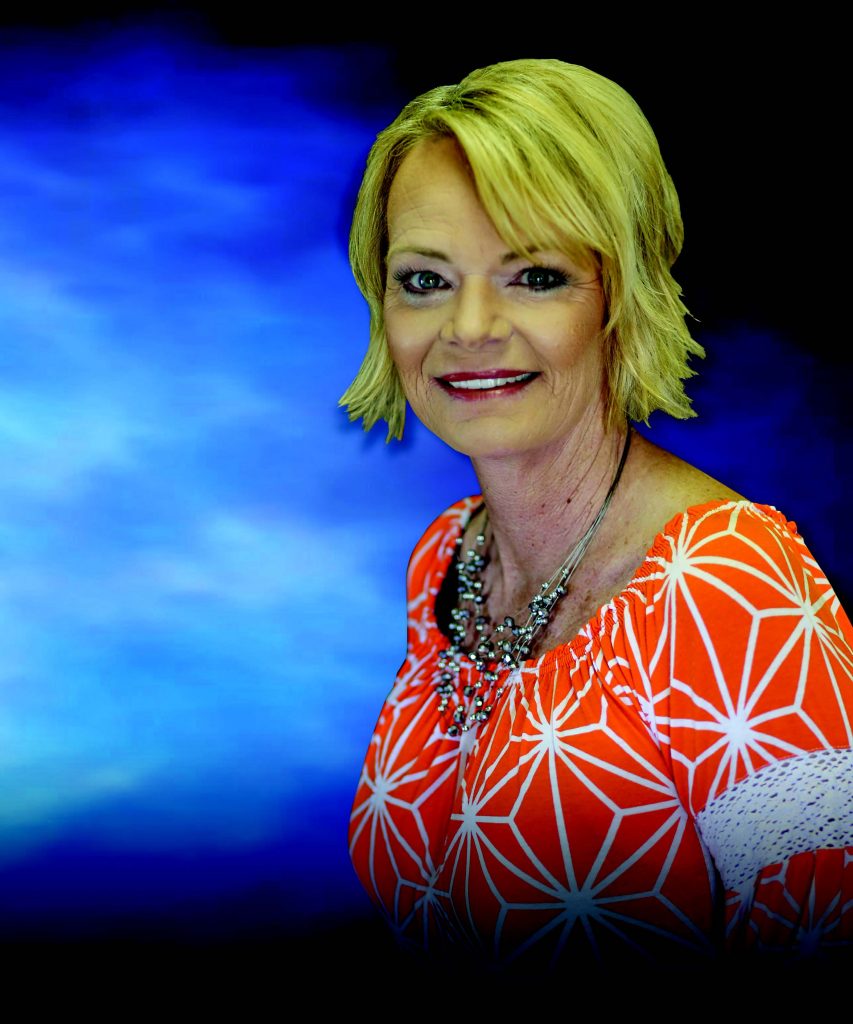 “Somebody had to step up and take a leadership role. I don’t think anyone asked me. I just did it.”

The Wortley family has been involved with the company since Fountain Powerboats filed for bankruptcy. When the Ross family decided to get involved, Price said the company now has the resources it needs to restore all four brands to prominence. “Our possibilities now are absolutely endless,” said Price.

When the former Baja Marine president left after the 2015 Fort Lauderdale Boat Show, there was no official announcement or nomination of Price. “Because was the one who had been there the longest and worked directly under the previous management, it just sort of happened,” she explained. “Somebody had to step up and take a leadership role. I don’t think anyone asked me. I just did it.”

While working for previous management, Price got involved in sales because it was a role that needed to be filled.

She and her current management team trained in Lean Manufacturing in 2006/2007 and have recently been able to put those skills into practice once again. Her Lean Manufacturing training gave her knowledge in the manufacturing construction process. “It was stepping out of my comfort zone, but it needed to be done,” said Price.

One of the most important things to Price in her new role as president is offering former employees the chance to come back to the company.

“It’s bringing back old friends,” she said proudly. “One told me, ‘You know Carol I remember when you did the layoff and you handled it more gracefully than I could have ever imagined. One of the things I hung onto was that you said, ‘This is not goodbye, this is I will see you again.’”

In early 2015, the company had 60 employees. As of early April, there were 100 employees and Price is currently recruiting to bring back more. One of the employees she recently brought back is Victor Hudson, who used to manage the express cruiser line. He is now the Vice President of Manufacturing. Her business approach is to put smart, talented people with “can-do attitudes” in key positions and leave them alone to run their part of the business. “I treat them as equals,” said Price.

One employee will always hold a special place in Price’s heart. Guy Woolard started at Fountain Powerboats 12 years ago with no boating experience but was so passionate about learning every aspect of the woodshop operation. He eventually became supervisor of the wood and upholstery shops, but unfortunately passed away from pulmonary fibrosis at the age of 41 in January of 2016. Prior to his death Woolard had established Christmas Angels, a charity that provides gifts to underprivileged children in the Washington area. To carry on his good work, Price and the company are hosting the second annual Haulin’ Ass on the Pamlico poker run the first weekend in June. It will take place at the Custom Marine Group factory and all proceeds will go to Christmas Angels in his honor.

Speaking of a local presence, there’s another pretty large one that still looms over the Washington area and especially the Custom Marine Group factory. Reggie Fountain was one of the biggest personalities in the marine industry. Even though she started in Human Resources, Price worked closely with Fountain to develop the company’s highly successful line of apparel. She attended most of the poker runs and races that Fountain participated in and she cherishes the memories of working with the company’s founder and the friendships she has made.

“I’m one of the fortunate ones when it comes to Reggie,” said Price. “I knew him from a personal level and a business level. I wouldn’t be where I am today if I didn’t feed off the magnetism that he put into the company for so many years.”

She added, “The one thing I can honestly say is I would hope that Reggie would be proud of me.”

Looking back at the poker runs and races, Price reflected, “That is a part of my career that I often think about. I really miss that part and the biggest reason is the customers who are friends to this day.”

It would be hard not to be proud of the direction that Price has the company headed in. Fountain had a new fishing-oriented 38’ center console on display at this year’s Miami International Boat Show. She said there will be a more recreational version on display at the 2016 Lake of the Ozarks Shootout in August. The new owners of Big Thunder Marine in the Ozarks are going to carry the Fountain, Donzi and Baja lines.

The company is primarily building center consoles from Fountain, Donzi and Pro-Line currently, but Price said that business is also picking up for Donzi 22 Classics and they just took an order for a 35 ZR Open bow model. Of the 22 Classic, she said, “That little boat is a rocket. There’s nothing I love more than going and doing a photo shoot with that boat.”

One change that Price has made is that she makes sure she has time away from work. She and her husband of 30 years,  Russell have lived in Jamesville, N.C., since she started at Fountain and they recently built a retirement home in the North Carolina mountains. Russell is battling colorectal cancer and in early April they were counting down the last of his chemotherapy treatments. They have three children and five grandkids and when we spoke, Price was agonizing about what to get her 15-year-old grandson, Richard for his birthday.

“For years, I didn’t have a balance, it was work, work,” she said. “I’m a totally different person away from work. I’m an introvert.” A typical Saturday morning is relaxing with a cup of coffee, cleaning the house and listening to Blake Shelton. When she wants to spoil herself, Price goes shopping for shoes and pocket books.” Price also stated that she is very fortunate to have both her parents living close by. Her dad is 88 and her mom is 86 and both are in great condition.

She said that one of her most important jobs as president of Custom Marine Group will be to make sure that she has identified and trained a suitable replacement. “I’m 56 years old and I haven’t worked hard all my life to work hard all my life,” said Price. “There’s going to come a time when I’ll say I’m going to my mountain, but when I do that, I will have identified someone who has the same passion and the same goals that I do.”

But first there’s the short-term goal of restoring the four companies to the level of prominence they all once held. “To walk out in the plant to see people who are there who weren’t there four years ago is so gratifying, said Price. “I want to breathe new life into the Fountain, Baja and Donzi lines, continue with Pro-Line and see the parking lot full.” And Carol Price will do it with her great team of managers and employees while drawing as little attention to herself as possible.