One of the premier events in the country. 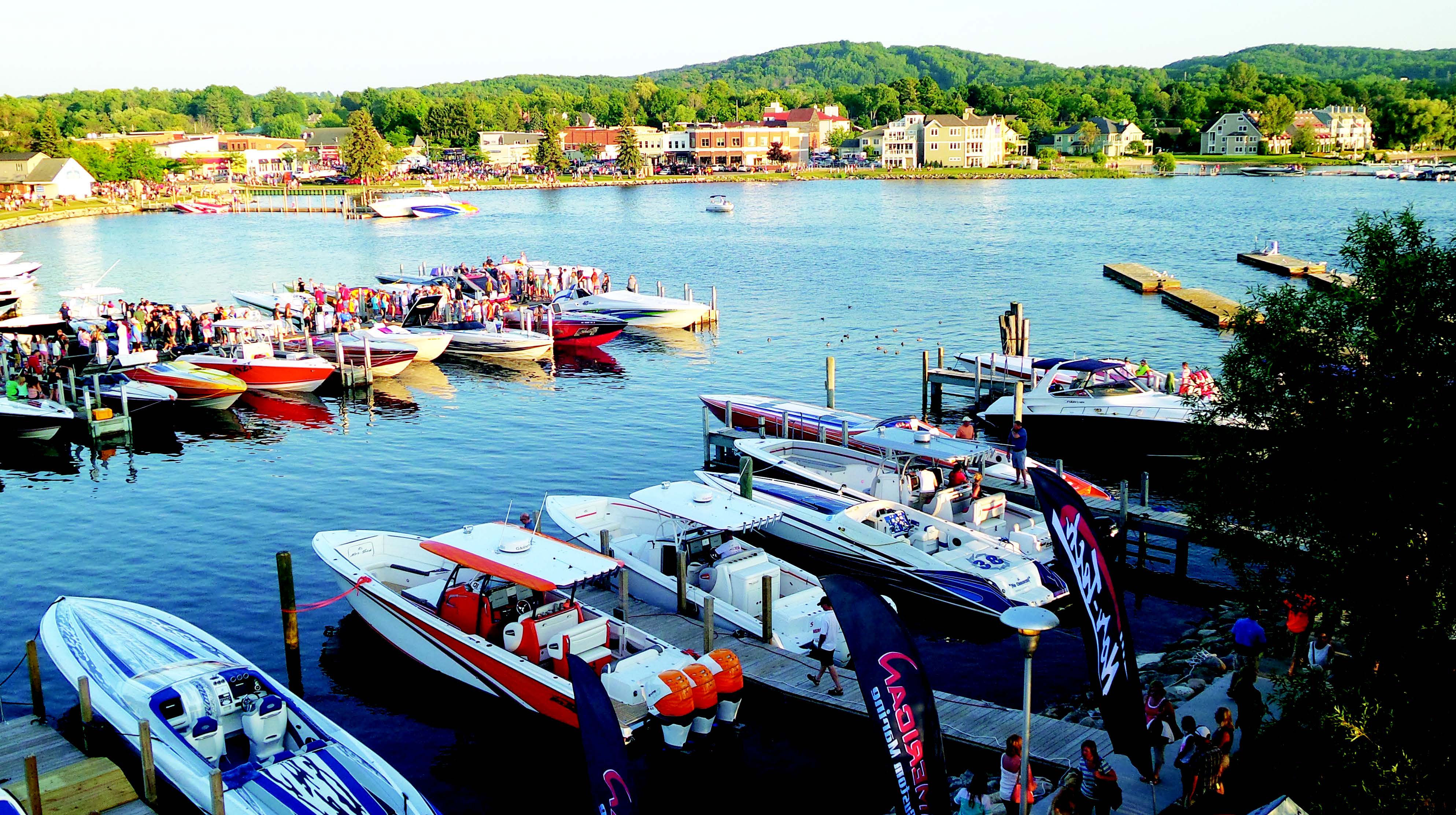 This July, the 13th annual Boyne Thunder Poker Run will take place on some of the cleanest waters that the participants have ever seen. And if anyone doubts the popularity of the event, he or she should consider this.

All 110 of this year’s reservations were sold out in 18 minutes and as of early April, there were 26 boats on the waiting list. When registration opened, the first 40 spots went to sponsors and the next 60 were scooped up by past participants.

“One of the ways that the event has changed is that we now have a quarter of our participants come up and make a week out of it,” said Bob Alger, Chairman of the Boyne Thunder Poker Run.

The run that takes place the weekend of July 8-10 is headquartered in Boyne City, Mich., on the east end of Lake Charlevoix, which is known for its crystal clear water. Poker runners who have attended the event a few times have decided they enjoy the experience so much that they decided to make it a vacation.

“It’s a beautiful blend of the scenery, the people, the speed of the boats, the climate,” said Mike D’Anniballe, president of engine builder Sterling Performance. It’s my favorite run of the year.”

Alger explained that the run is limited to 110 entries because of limited dock space. This year’s event has a $725 entry fee and for that number, the participants get to be part of one of the longer distance runs of the season. The course is estimated at about 140 to 150 miles.

The fleet has a strong concentration of boats from the Midwest with some pretty serious hardware including Michigan-built Skaters, a couple of Apaches, Cigarettes, a turbine-powered 50’ Nor-Tech, Donzis, Formulas, Powerquests and more. The small-est boat in last year’s run was a 22’ Avanti. Alger hasn’t always participated, but this year he will be in Doug Hill’s 38’ Fountain, Comfortably Numb, that is powered by twin Mercury Racing HP525EFIs.

The run starts in Boyne City with the boats parading past a large spectator crowd at the host marina. The fans enjoy seeing the boats and the drivers get a hero’s welcome as they head out. Organizers arrange the boats in four groups and let the slowest group go first. They are followed by faster boats in successive order. The excitement builds as the boats get bigger and faster and the guys who start first get a kick out of watching the bigger faster boats come charging past.

Heading out to Lake Michigan, the boats run south to Elk Rapids for the first card before turning Northwest to what locals call the tip of the mitten (look at a map of Michigan and you’ll get it) and heading to Northport for the second card.

Then it’s back to Charlevoix where the local Lions Club prepares a chicken lunch that the poker runners rave about. Anyone who needs to top off with fuel does so before the fleet heads out after the 1:30 local ferry and the boats head north to a new community called Bay Harbor that has some picturesque luxury waterfront homes. With their third card in hand, the poker runners head north across Little Traverse Bay to get the fourth at Harbor Springs. Then it’s back to Charlevoix and the Sommerset Yacht Club for a sunset party, dinner and the card draw.

Like any big event, the Boyne Thunder Poker Run has beneficiaries. The first is The Boyne City Main Street Program, a grass-roots volunteer organization dedicated to the development of Boyne City’s downtown area. The other beneficiaries are Camp Quality and Challenge Mountain, two non-profit groups that provide memorable experiences for kids with cancer. Camp Quality provides camping experiences to children battling cancer and Challenge Mountain is a downhill skiing facility that caters to mentally and physically challenged kids. Since Boyne Thunder began, the event has raised more than $385,000 for the charities. To see how you can donate, contact mainstreet@boynecity.com.

For Alger, who works in education, the Boyne Thunder Poker Run has always been an event that let him interact with great people. He started with the run as a volunteer working the launch ramp and has continue to do so ever since. “Being able to interact with the owners and their families is great,” he said. “The run has grown so much that we now get people coming up just to watch the event.”

He estimated that 60 percent of the boats launched last year were owned by people who just wanted to be part of the event. He remembered one potato farmer from Iowa who travelled all the way up just to watch the poker run.