This past weekend’s PRA 1000 Island Poker Run – August 7 to 9 – once again dazzled the players and spectators alike with a wealth of entertainment, dining, and of course high-octane power in the heart of this one-of-a-kind boating region.

For more than two decades the 1000 Islands Poker Run held in Kingston, Ontario, Canada has been enjoyed by the who’s who of offshore and has attracted many key players to strut their stuff and vie for the perfect card hand. In true 1000 Islands Poker Run fashion, the 2015 event raised the bar once again with many innovative concepts and proven firsts.

In addition to the Friday night street party where many of the participants displayed their offshore wares – including Ken Lalonde with his stylish rig and 36’ MTI and Eddie Como’s Turbine-powered 51’ Airborne, other stars in the spotlight included none other than Bill Tomlinson’s My Way, Brian and Janet Lundy’s new 40’ Nor-Tech, Chris Ridabock’s solid 42’ Profile, Chris Mastronardi’s 52’ Outerlimits, and Mark Stoddart’s 50’ Outerlimits, to name but a few. The evening rounded out with a cocktail party at the popular BLU Martini and live entertainment throughout downtown Kingston.

The next day, participants awoke to bright skies and sunshine with the mandatory driver’s meeting at Kingston’s downtown City Hall where the rules of the run were outlined (and also enforced throughout the day). Within an hour later following the meeting, the players made their way from Kingston Confederation Basin where the crowds came out in the masses to admire the magnificent beasts. At 10:45, the popular start of run churned up the St. Lawrence River and the participants were off to play Card 2 and enjoy lunch in Brockville and the community’s popular Ribfest. As usual, thousands of spectators lined the shores to admire the boats and speak to the players. It was then off to Prescott for Card 3, followed by the playing of Card 4 and Card 5.

That evening, dinner was once again highlighted with ‘surf and turf’ and an assortment popular menu items catered by BLU Martini. Following dinner, the awards ceremony – which was open to the general public – was held in Kingston’s Market Square under the stars on a gigantic JumboTron screen.

Taking first place was Alex Cristoforo aboard his 35’ Donzi, winning with an Ace/2,3,4,5 while in second place was long-time poker runner Benny D’angelo aboard his 38’ Cigarette. In third place was Martin Falardeau after being dealt a pair of 8’s and a pair of 5’s. Falardeau took third after playing three Queens.

Not all was lost for those unlucky in cards, however, as Eddie Como took the best engine compartment award with his T-53 turbine engines, while Michael Ciasulli took the honors with the Best Dressed Crew Award.Capturing the Best Graphics award was Maxime Lenoir with his stylish 46’ Outerlimits.

While the 1000 Islands Poker Run closes out the chapter of our Canadian Poker Run Tour, be sure not to miss The PRA Rock the Bay Poker Run, held August 21-22 in North East, MD. 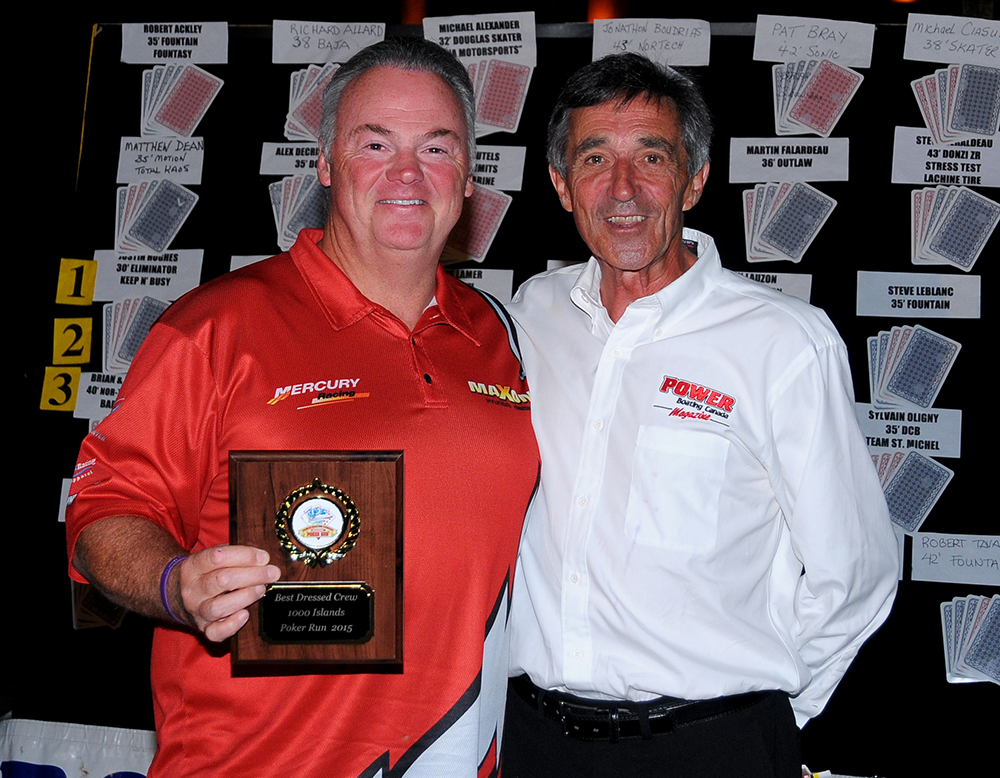 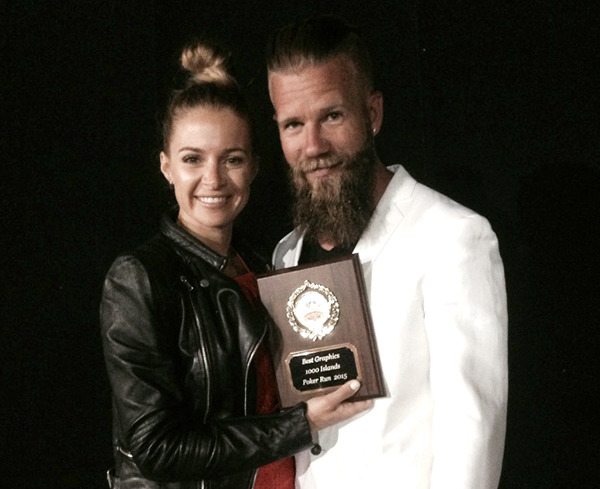