The Western New York Offshore Powerboat Association (WNYOPA) has been organizing power events since 1991 and the Buffalo Poker Run has become its crown jewel. The 2014 run last August was a grand performance and showcased some of the finest offshore boats ever made.
With a final registration consisting of 118 boats with more than 400 participants, the event was a success and the hosting venues of Templeton Landing Restaurant – a premier waterfront venue that has hosted the event for the last four years – and Erie Basin Marina, proved once again to be perfect locations for all the festivities. With Templeton Landing’s second-level patio, excellent services, and views of Buffalo Harbor, plus Erie Basin Marinas’ private docking facilities and launch ramp, everything the players required for an excellent weekend was centrally located in one convenient area. 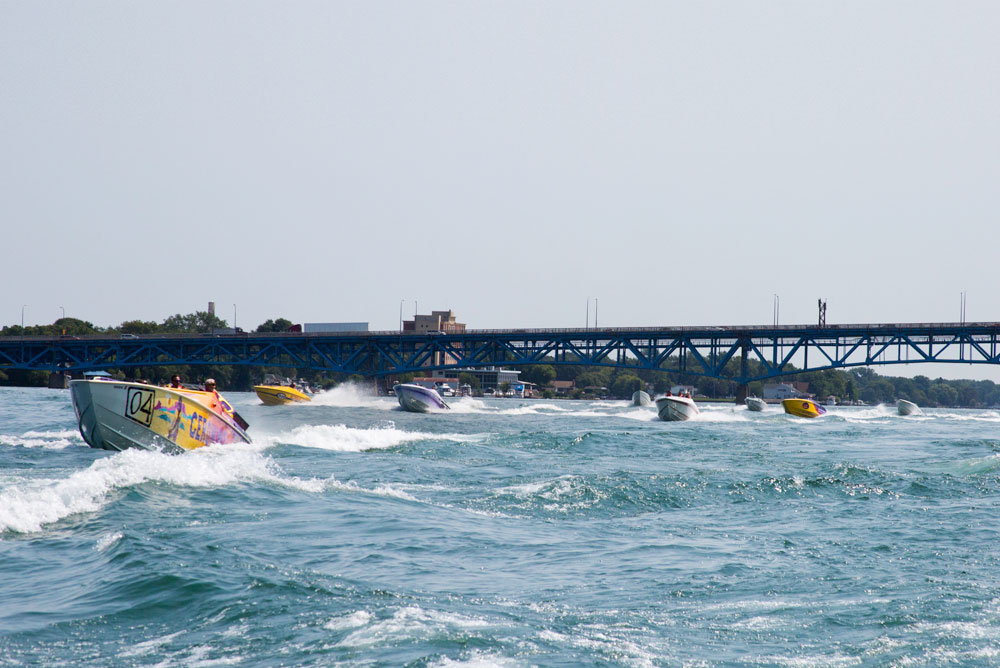 On Friday, the crowds started to gather early afternoon to admire all the hardware. The facility’s courtesy dock was soon filled with sponsor boats from the two Platinum Sponsors, Double R Performance, with its series of customers, as well as Outerlimits Powerboats with its large group of clientele. While the official party didn’t start until 6 p.m., the entire restaurant was packed by 2 p.m.

On Saturday, with the cityscape of Buffalo as the backdrop for the start of the run out of Buffalo Harbor, the boats headed out to Lake Erie for a quick loop around the city’s landmark water tower, before heading through the mouth of the Upper Niagara River, under the Peace Bridge to the first stop at the Gateway Harbor in the Erie Canal. 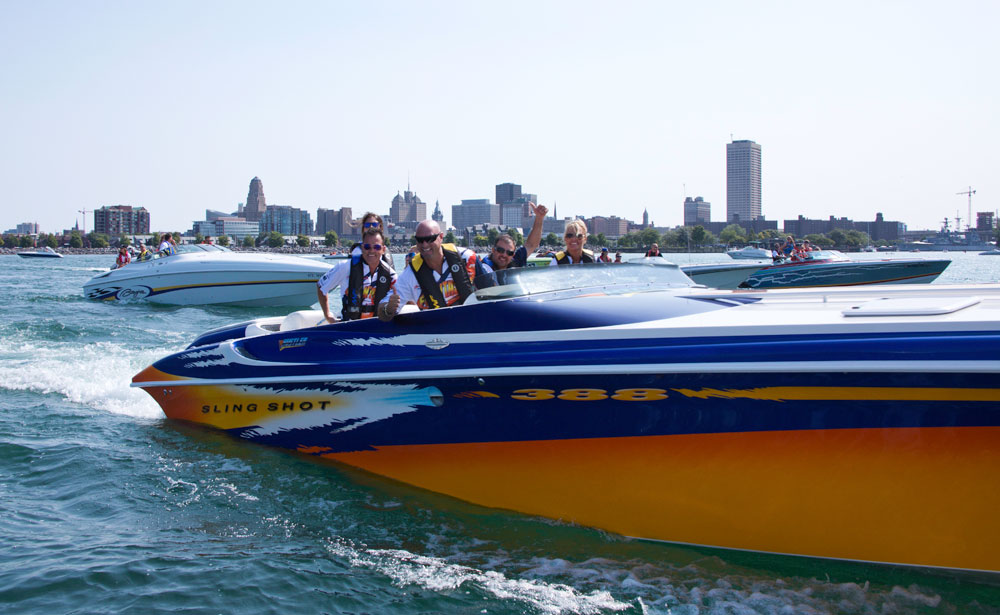 The boats then paraded through the canal and made a loop back out to the river, then circled Grand Island and slowed to an idle in the West River for the second stop. The players then blasted back to Lake Erie for another pass around the water tower and back to Buffalo Harbor to enter Canalside – Buffalo’s popular new waterfront venue, and the third stop. Large crowds converged all along the waterfront as the boats passed USS Little Rock, a World War II Battleship.

After the third stop, it was a matter of enjoying a beautiful run to the fourth stop at Mickey Rats Beach Club for lunch and to enjoy the weather before heading back to Templeton Landing for the awards banquet.

The banquet kicked-off with a designated dealer who dealt the cards to the players and displayed the hands. This year, three cash prizes included $3,000 for Best Hand and First Place, $1,500 for Second Place, $750 for Third Place, and $500 for Fourth Place. Other cash prizes were handed out for the Best Dressed Crew Award and Longest Haul Award, bringing the total cash payout to a little under $6,000. After the playing of the cards, it was Burton Kirsten and his crew that drew the best hand and won the event. 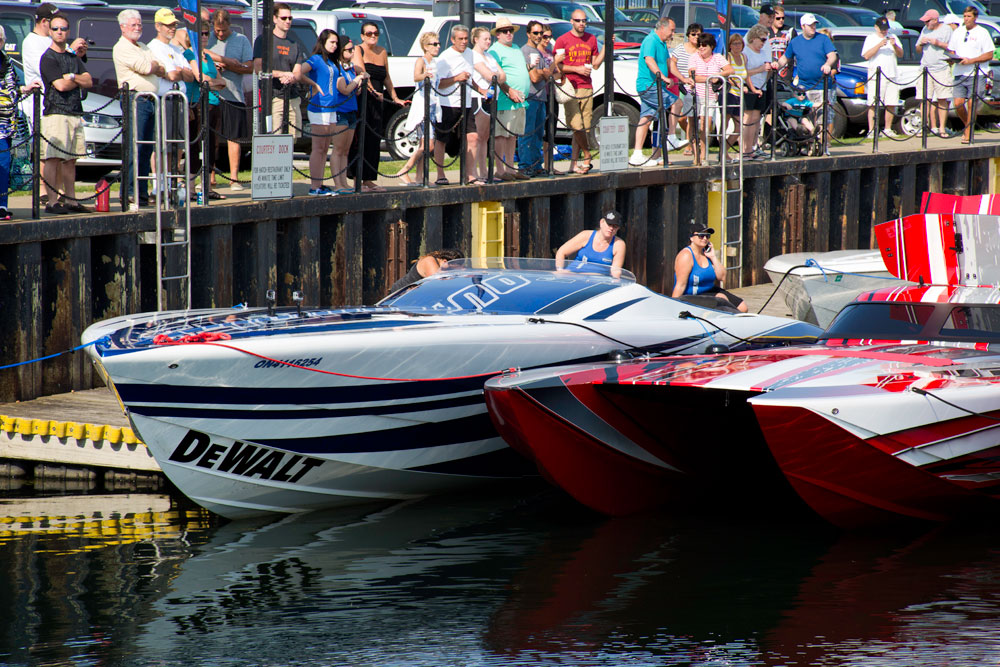 Attendance was so strong this year that both large banquet rooms at Templeton Landing had to be used for dinner, before converging to a larger hall for the awards ceremony and charity donation. At this time, two long-time club members Alex Murchison and John Sherwood were honored for their dedication to WNYOPA.

The support of the performance community and WNYOPA’s generous sponsors helped raise $8,000 for Excalibur Leisure Skills, a private, non-profit organization that provides adaptive boating, leisure activities, and fishing opportunities for individuals with disabilities. Platinum Sponsors, Woodward Industries and Double R Performance – along with the efforts of Gold Sponsors, J-R Marine, Concord Hardware, and Jay Enn Corporation – have been crucial in increasing our proceeds to the event’s charity. As beautiful weather prevailed all weekend, many stayed until late Sunday to go boating and enjoy the area.

Those who attended the 2014 run had the opportunity to see why Buffalo is known as “The City of Good Neighbors.” It’s an event where the players check their egos at the door and enjoy boating at its finest.
For 2015, the WNYOPA Buffalo Poker Run will be held August 7 – 8 at Templeton Landing and Erie Basin Marina. Everything is right onsite with 24/7 security for boats, trucks, and trailers.

For more information visit us at  www.buffalopokerrun.com PRA